Editor’s Note: NaturalPetsHQ.com is supported by readers and may receive commissions for purchases made through links in this post. Recommendations are based on personal experience and the criteria outlined in the article.

I have a 6 month old cat named Sammy who started sneezing and having runny eyes right after I rescued him from the shelter. The vet gave him a shot and antibiotic drops a week ago but I’m worried because my cat’s URI is not getting better. Why didn’t the antibiotics work?

I’m sorry to hear your new buddy is getting a rough start in life. Shelters expose cats to all kinds of bacteria, viruses, and parasites. Young cats who have never been exposed to any of these diseases are especially susceptible to catching something from the other cats in the facility.

Stress plays a role in a shelter cat’s health, too. Just think about it–Sammy was probably taken from the only home he’d ever known and put into a cage. With all the noise, new people and strange cats shelters can be pretty scary for kitties.

Stressed cats make extra hormones to temporarily boost immunity. After a while, this effect becomes detrimental as some white blood cells are decreased by long-term stress hormones. One study found that stressed shelter cats were 5.6 times more likely to contract an upper respiratory infection than unstressed cats in the same shelter (2).

I’m glad to hear you took Sammy to see your veterinarian. Although most feline upper respiratory infection cases are caused by viruses, they can lead to secondary bacterial sinus infections. Vets prescribe antibiotics for cats with thick nasal discharge or prolonged sinus symptoms. The antibiotics don’t do anything for the respiratory virus, but they can be helpful for a secondary bacterial infection.

Clinical signs associated with cat colds can vary from mild occasional sneezing to severe eye and sinus lesions. Here are some of the symptoms you might see in a sick cat:

There is a group of diseases causing “cat flu,” or Upper Respiratory Tract Disease. The organisms responsible include feline calicivirus, feline herpesvirus and the bacterias Bordetella bronchiseptica, Chlamydophila felis, and Mycoplasma sp..(1)

Feline upper respiratory viruses vary in their effect on a cat’s sinuses. Some cats experience extreme inflammation, ulceration of sinus mucous membranes, and even remodeling of the small bones inside the sinuses. These changes can lead to chronic upper respiratory symptoms even after the virus and bacteria are gone. With their new abnormal sinus anatomy, cats can develop recurrent bacterial infections, too.

Feline Herpes Virus (FHV) is one of the most common causes of URI in cats. Even after the initial symptoms clear, FHV can lie dormant in a cat’s system and become reactivated during times of stress. Reactivated viral infections can add to existing sinus problems.

Calicivirus is another common cause of feline URI’s. The symptoms are similar to those seen with FHV but the eye symptoms are often less severe. Feline calicivirus may also cause painful ulceration of the lips or tongue. (2)

After only a week of symptoms, Sammy still has a good chance to recover without long-term consequences. Start with another visit to your veterinarian to see if the situation has changed or if a new medicine should be considered.

Some things you can try at home for a sick cat with an upper respiratory infection that’s not getting better with standard treatment:

Next Steps for Chronic URI’s

If symptoms are still present after three weeks of treatment, it’s time for some more aggressive intervention. You’ll definitely need your veterinarian’s input at this point.

Some of the next steps vets will take when cats with URI’s are not getting better after several weeks include:

You can ask your own question on our ASK A VET page!

The content provided on NaturalPetsHQ.com is for informational and entertainment purposes only. Our content is not intended to take the place of professional veterinary advice and should not be relied upon to guide or influence the medical treatment of any animal. For more information please see our Privacy Policy and Terms of Use page. 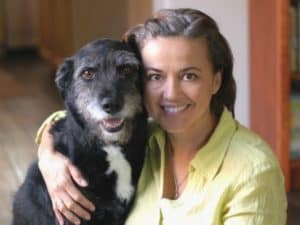 TB Thompson DVM is a licensed veterinarian who has been in practice since 2000. Her professional interests include canine and feline internal medicine, nutrition and behavior.